Our website uses cookies and by using the site you agree to this. Learn more about this by clicking here.

All fixtures at Royal Windsor Racecourse will be run strictly behind doors. Please see our news section for more information.

Whats on in Windsor this summer? Windsor Racecourse has a packed calendar of events, including this impressive day of racing and live music. Whether you treat yourself to the royal experience in hospitality, or get stuck into the action trackside, you are in for a treat with racing throughout the evening, including the featured Group 3 Winter Hill Stakes (won in 2019 by the popular David Simcock trained Desert Encounter who has gone on for further top success at Newbury and Woodbine in Canada).

The excitement continues as everyone then gathers in front of our live music stage as the sun goes down, and you wait for the crowd to cheer as the first few notes play out across the racecourse, by the legends that are Supergrass.

That’s right, we are thrilled to welcome Supergrass to Windsor. Gaz Coombes, Mick Quinn, Danny Goffey, and Rob Coombes who have made several million record sales, including 6 top 10 albums and 10 top 20 singles will be here to entertain.

Supergrass tickets go on general sale on Friday 31st January directly from Royal Windsor Racecourse. Secure your ticket early to guarantee entry, as Supergrass shows are known to SELL OUT!

You have two enclosures to choose from…

The Grandstand Enclosure which boasts a fantastic view of the track and is located within 75 yards of the winning post with access to the Grandstand, Silver Ring Enclosure, Paddock Lawn and a wide selection of bars and food outlets. The Parade Ring, Pre-Parade Ring and Winners Enclosure are just a short walk away.

We are thrilled to announce that Heidsieck & Monopole are continuing as the sponsor our Club Enclosure for the 2020 season.

Please Note both enclosures allow access to the Supergrass performance after racing included in the ticket price.

Do you want a taste of what's to come? Have a watch of the video below of Supergrass performing live at Pilton Party last year. 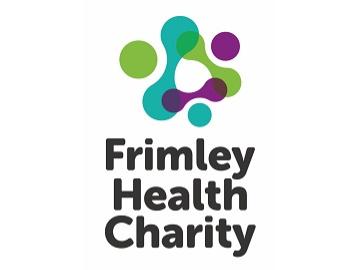 Back to Whats On Calendar

The 1866 is a panoramic restaurant overlooking the racetrack providing a fantastic view of the racing in elegant and comfortable surroundings with an a la carte menu and all-inclusive drinks. Sit back, relax and get the inside scoop on the day's racing from our knowledgeable Raceday Tipsters. This package includes;

Private table reservation for the duration of the fixture
Three course meal
Hospitality ticket
Hospitality parking
Racecard
All-inclusive ale, beer, cider, house wines and soft drinks Available in advance only. All party members must have the same package. Cannot be purchased on the raceday. All-inclusive bar will finish 30 minutes after the last race. Please call 01753 498400 for window table enquiries or guest numbers above 10.

Our BRAND NEW for 2020 al fresco Italian restaurant, open from June to August, is a unique dining restaurant set within the heart of the Heidsieck Club Enclosure, just metres away from the finishing post. This popular restaurant offers a glass of bubbly on arrival and a mouth-watering Italian inspired menu. The Bottega Terrazza Restaurant Package includes:

Private table reservation for the duration of the fixture
A 2 course Italian inspired meal
Bottega Prosecco reception
Hospitality admission ticket
Hospitality parking
Racecard Available in advance only. Cannot be purchased on the raceday. For bookings of more than 8, please contact the hospitality team on 01753 498400.

Our most popular and unique raceday admission package. We are proud to say that we are the only racecourse in the country where you can arrive in style by catching a river boat from Windsor Town centre and enjoy a drink on the River Thames before stepping off onto our private jetty. The Royal River Package includes;

Tickle your taste buds with our Award Winning Fish & Chips and save £11 with this amazing value admission package, which includes;

Prime location next to the winning post. Get close to the action!
Admittance to Heidsieck Club, Grandstand, Paddock Lawns and the centre of the Course
Viewing of Parade Ring, Pre-Parade Ring and Winners Enclosure
Access to the racecourse pub - Prince's Head, Duke Street Bar and street food stalls.

To view our full range of tickets hit the button below. Alternatively, you can call our team on 01753 498 400 or email us to arrange your booking.

FIND US ON SOCIAL MEDIA